Descendant Pizza charts out unchartered territory as the city’s first Detroit-style pizzeria. A former chef atPizzeria Libretto and Danforth Pizza House, Christopher Getchell brought the concept to Toronto, which has already garnered an overwhelmingly positive response. Since the grand opening, pies have sold out almost daily.

What is Detroit-style pizza? Getchell cringes at the Pizza Hut comparisons, though he concedes some similarities. Truth be told, that off-the-cuff assessment doesn’t do Descendant justice. Two-day proofed dough is set into oil-slicked pans, then loaded with toppings upon order. 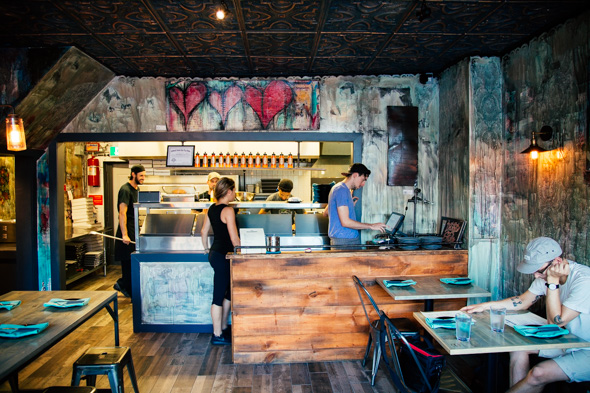 As someone who often finds the sauce to dough ratio rather skimpy at many places, the splurge of crushed tomato sauce was a pleasant change. The real magic of the recipe though is the caramelized crust and the spongy interior. Light and fluffy, savoury and sweet, ooey and gooey, pizza is rarely this satisfying.

Some patrons may balk at the relatively steep pricing, but keep in mind, most people will be sated by two slices – half of the small. Following that metric, a large should feed three to four people. 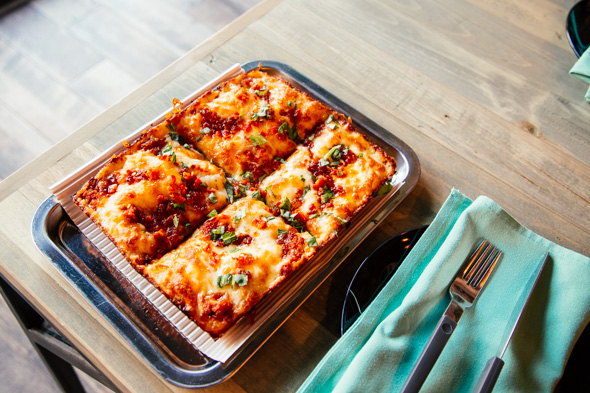 A menu favourite is their Soppressata Marmalade ($17 sm; $29 lg). Reminiscent of the famous Beesting pizza at Roberta’s in NYC, flecks of salami scatter a cheese blend of mozzarella and curd cheese called caciocavallo that’s smoked and stretched out. With a honey that’s spiced with chilli oil as well as basil, this pie really pops.

My pizza of choice is their double pepperoni ($17 sm; $29 lrg). Extra salty, fatty, and flavourful, the Dolce Lucano pepperoni as well as Venetian pepperoni combo, gives the recipe a heart-clogging dose of kaboom. This recipe showcases a common theme at the shop: go double, till you burst your bubble. 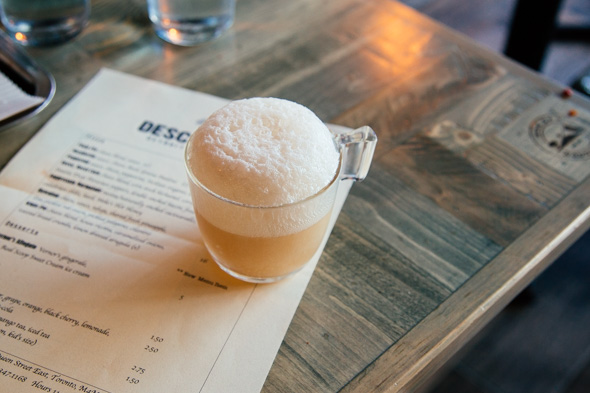 The same philosophy applies to their Vernor’s Affogato ($5), the one dessert they offer. A glorified ice cream float, they use Vernor’s ginger ale, which is a Detroit staple and creamier than the more astringent Canadian counterpart. Combined with a scoop of ice cream from Ed’s Real Scoop, the result is double creamy as per the theme at Descendant. 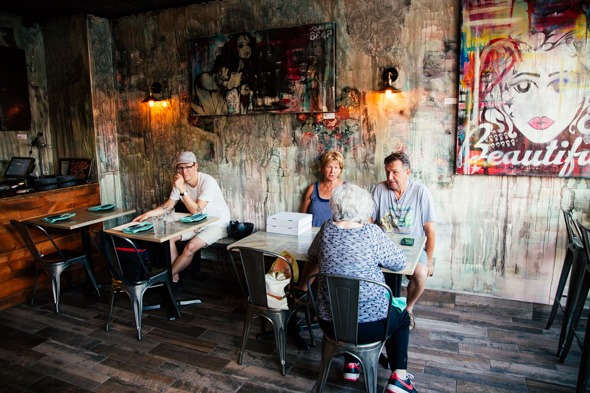 Surprisingly, Getchell hasn’t visited Detroit, which perhaps explains the absence of a faux derelict aesthetic I expected to see. But, there seems to be enough of that to go around lately. Frank and unpretentious, demand has shown this to be a welcome approach. 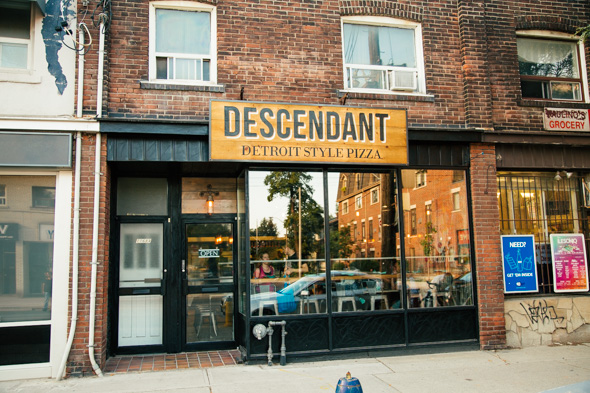